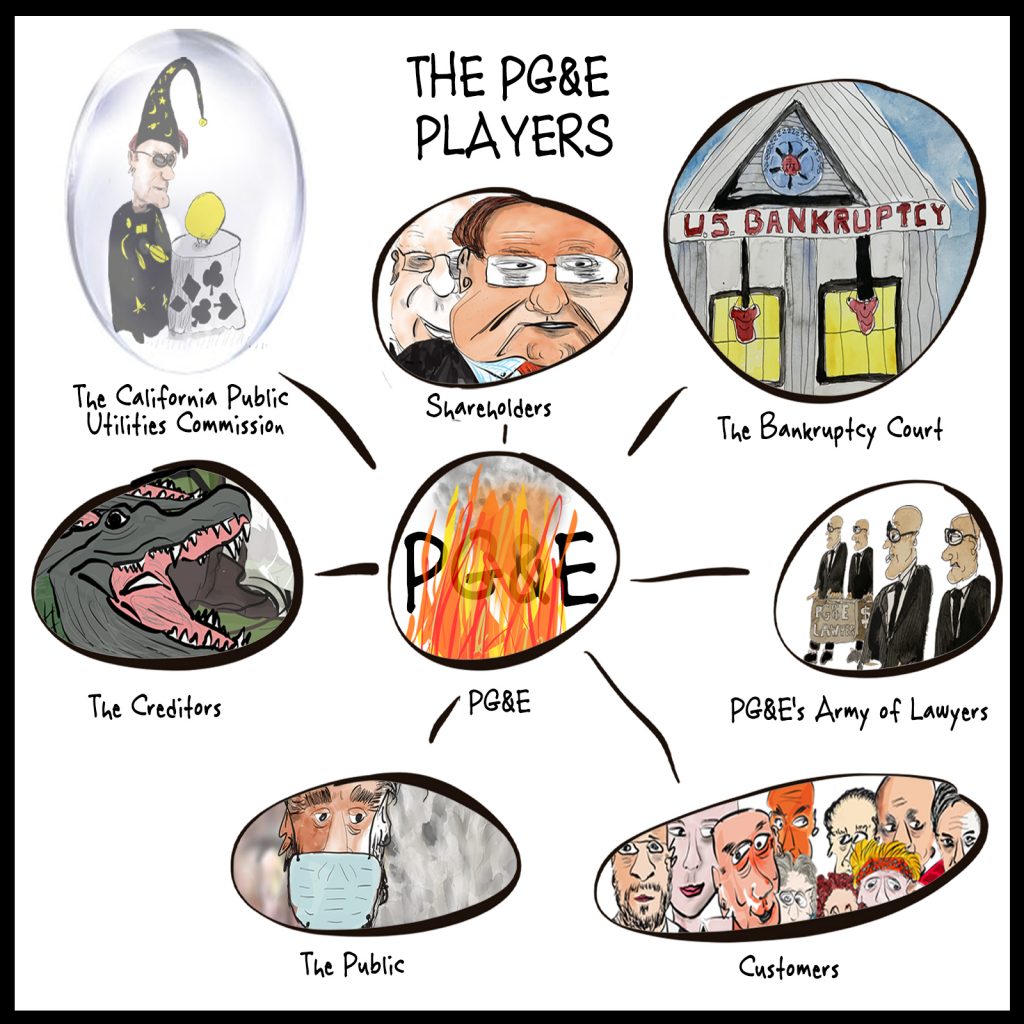 A chapter 11 case often involves many different parties. At the center is the debtor, the company that is the subject of the case. The debtor generally remains under the control of the prior management during the course of the case, at least unless the court appoints a trustee. During the bankruptcy case the debtor is governed by its board of directors, and the board is appointed by the shareholders. In an ordinary corporate bankruptcy, the debtor operates under the supervision of the bankruptcy court and must obtain court approval for translations outside the ordinary course of business. In the bankruptcy of a public utility, like PG&E, the debtor is also supervised by the state public utility commission, which oversees and regulates all the utilities in the state. The California Public Utility Commission approved PG&E’s “2019 Wildfire Safety Plan” and the idea of using Public Safety Power Shutoffs under certain conditions. The debtor is represented by lawyers who are required to submit their bills to the bankruptcy court for review before they may be paid. Lead lawyers at two of PG&E’s firms have billed their time at $1,600 and $1,500 an hour respectively. Creditors are given a voice in the bankruptcy case through official and ad hoc committees. In PG&E’s case there is an official committee of unsecured creditors and a separate official committee for wildfire claimants. Certain bondholders have formed an ad hoc committee to represent their interests in the case. PG&E’s bankruptcy case will also affect its customers, sometimes called ratepayers, and the public at-large.