Community members, who want to preserve Chicano art in San Jose, are celebrating a unanimous decision by the city’s Historic Landmarks Commission to grant protections to six murals previously at risk of being painted over.

The commission’s Oct. 2 decision to add the murals to a database of historic sites—the Historic Resources Inventory—comes after nearly a year of advocacy by a group of artists, activists and residents who were alarmed by the sudden removal of “Mural de la Raza,” which was on the side of a now-shuttered Payless ShoeSource. The organizing group, El Comité for the Preservation of Chicano Arts, worried that incidents like this would continue without government action.

“Every time we passed by, my parents were able to point out the parts of Mexican history that they… recognized in that mural,” San Jose resident Cristal Olivas told the commission about “Mural de la Raza.”

“In this critical time of increasing displacement, preserving these cultural pieces is a small step in showing us that our communities belong… and that we are wanted,” Olivas added.

Olivas joined 20 other El Comité representatives who testified before the commission about the importance of preserving Chicano culture in a city where a third of the population is Latino, many of them of Mexican descent.

This is the first time a Chicano mural will be added to the inventory, which is composed mostly of homes deemed historic for their architectural design.

The murals prominently feature Mexican symbols, from the Aztec calendar to the Virgin Mary. One mural spans the building where labor leaders Cesar Chavez and Dolores Huerta organized farmworkers in the 1960s and 1970s. Painted by Jose Mesa Velasquez in 1985, “Mural de la Raza” featured the faces of well-known local activists and residents.

But the murals are not fully in the clear.

“This is kind of just a first step,” said Juliet Arroyo, the city’s Historic Preservation Officer who reviews any proposed additions to the inventory.

Arroyo explained that inclusion in the inventory acts as a “red flag” that alerts officials at the Department of Planning, Building and Code Enforcement that proposed changes to a property with a mural must undergo additional scrutiny. There is no guarantee that a mural will be spared after review.

El Comité aims to get the city to recognize each mural as a City Landmark, a designation that ensures they will be preserved and routinely maintained. Landmark designation requires approval from city council.

The move brings San Jose in step with Los Angeles, Oakland and others where city governments have granted protections to Chicano murals. In San Diego, the Barrio Logan Chicano Park, with more than 80 murals, is a national landmark.

“San Jose is not unique in protecting this culture but it’s a long time coming,” said Samantha Emmanuel, a professional art conservator who has volunteered her expertise with El Comité.

To be considered for the inventory, the murals needed detailed documentation, which hadn’t been done before. El Comité members spent the last eight months photographing the murals, taking dimensions, identifying the artists, and researching the years they were painted.

El Comité plans on trying to add eight more murals to the inventory.

Because a mural is often painted in an informal arrangement between an artist and a property owner, there is typically no official record of the agreement.

Also, a change in ownership can lead to a mural’s removal. That’s what happened to “Mural de la Raza” in August 2018 and at least four others since 2002.

One such mural, “El Tarasco” was painted after the artist, Alfonso Salazar, received permission and $500 in commission from the owner of the taqueria across the street from where he worked. After twenty-five years, the restaurant went out of business, and with it his mural.

Five of the six murals are on properties whose owners El Comité expected would be amenable to preserving public art: a church, three schools and a community health center. Arroyo, however, said that because none of the properties are fully owned by the city (the health center is partly owned by the city), the fate of the murals is still uncertain.

The sixth mural is the most vulnerable. It is painted on a building that used to be Guadelajara Market, and neither Arroyo nor members of El Comité can identify the owner and whether the building is for sale or for lease.

“This is a good reason to add it to the inventory,” said Emmanuel. “A new owner or new buyer may not know anything about the significance of the mural.” 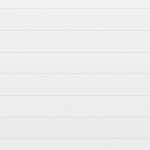