Fueled by $26.6 million in state funding, the City of Palo Alto and partner organization LifeMoves are charging ahead with their plans for project HomeKey Palo Alto – a large, first-of-its-kind transitional housing site for the city.

In a press release, the city said the new HomeKey development will provide “a dignified transitional step for unhoused residents on the path to stable housing.” The site, to be operated by regional non-profit LifeMoves on just over an acre of city-owned land at 1237 San Antonio Road, will have the capacity to serve 408 individuals annually. The goal is to provide temporary housing combined with “the social and medical support services needed to successfully transition our unhoused individuals and families to permanent housing,” Palo Alto Mayor Pat Burt said in the press release.

While there are interim housing projects in nearby towns including Redwood City, this new HomeKey site will be the organization’s first in Palo Alto.
According to LifeMoves Director of Community Engagement & Public Affairs Benjamin Biscocho, on-site work should commence early-to-mid next year. The project is scheduled for completion by late-summer 2023, with referrals to be made through Santa Clara County’s coordinated entry system and priority given to Palo Alto residents.

As well as an on-site licensed vocational nurse, LifeMoves plans to offer services including “family and children services, education, career and employment, and financial literacy, legal and benefits support,” Biscocho said in an email. Housing will comprise prefabricated modular units with ensuite bathrooms, stacked two to three stories high, with access to shared cooking, laundry, and other communal areas

HomeKey – a state-wide funding program launched by Governor Gavin Newsom in 2020 – provides grants to cities across California to aid in the development of housing solutions for the unhoused.

In addition to this grant from the HomeKey fund, which will partially cover both capital and operating expenses at the new site, the project has received $5 million from Sobrato Philanthropies to be used for “capital expenses in the development of the site,” according to Biscocho. He added that further operations funding had recently been approved in the form of a Santa Clara County Board of Supervisors-authorized $4 million grant from the county’s ‘Challenge Grant’ pool of $40 million set aside to support interim housing site development. LifeMoves and the City of Palo Alto, who have contributed an additional $7 million and $11 million respectively, say they will continue to raise “additional funds for operational costs from other private donors and foundations.”

Homelessness – and associated healthcare challenges – on the rise

The number of Californians without stable housing increased by at least 22,500 over the COVID-19 pandemic, up to over 170,000 per this year’s point-in-time count – a biennial head count of people sleeping on the streets and in shelters, conducted earlier this year for the first time since 2019. The count is just a snapshot in time and may underestimate the actual total, as the U.S. Department of Housing and Urban Development – which orders the count – excludes those families or individuals who are couch-surfing or in temporary housing situations such as motels. Unfortunately, it is not just a lack of shelter that encapsulates the challenges of being homeless.

The CDC reports that people experiencing homelessness – those on the streets, in shelters or transitional housing, or regularly living in anywhere else not intended for human habitation – are placed at an increased risk of infectious diseases. Mental illnesses, such as anxiety, depression, and post-traumatic stress disorder (PTSD), are other challenges, as well as addiction issues with drugs, alcohol, or other vices. Many also face delayed access to or lapses in care that severely worsen their health outcomes.

It is this latter need that HomeKey’s on-site services will look to meet – and one existing local clinic whose work they could look to emulate in that mission is Peninsula Healthcare Connection.

“We are a small but mighty clinic,” said Andrew Navarro, Peninsula Healthcare Connection’s clinic and outreach manager. The clinic – operating from an existing LifeMoves building in Palo Alto, the Opportunity Center at 33 Encina Avenue – functions as an independent 501(c)(3), staffed in part by volunteer medical staff that offer primary, preventative, and mental healthcare services. According to the clinic’s website, they are the only fully licensed medical facility providing these free and direct services to homeless and low-income residents of North Santa Clara County and South San Mateo County – further highlighting the demand for similar services being developed at HomeKey.

With a consistent increase in their annual number of ‘encounters’ in recent years, Peninsula Healthcare Connection have observed the recent state-wide increases in homelessness on a local level, too.

Many of the clinic’s patients are residents of the LifeMoves Opportunity Center – referred through the county, and often relocated directly from the street or other shelters. In Navarro’s words, “everyone is someone, to someone.” One such resident, and patient of Peninsula Healthcare Connection, is Patricia Perez.

“I think she saved my life”

Hailing from Planada, a small town in Merced County, Perez is a graduate of Le Grand High School and a mother. Having gotten her children into Head Start, the federal program helping to prepare young children from low-income families for schooling, she became a teacher’s aide. However, a string of unstable relationships saw Perez move out to Daly City and then San Francisco, before ending up at LifeMoves’ Maple Street shelter in Redwood City – homeless.

In and out of shelters so often during her time in Redwood City, Perez’s stay at Maple Street – a transitional site, with the capacity for 141 single men and women per night – eventually “maxed out.” This led her, with the help of her counselors, to sign up for the Opportunity Center in Palo Alto. Perez relocated to Encina Avenue’s Opportunity Center in August of 2008, where she has remained ever since.

The California native lives with diabetes – one of the three most common ailments faced by local homeless populations, according to Navarro, alongside heart disease and substance misuse – for which she is prescribed medication by Peninsula Healthcare Connection: a process she says is made considerably easier with an on-site clinic. However, it was the stroke she suffered in 2014 that shook Perez to her core – and she couldn’t be more thankful for the availability of medical services nearby.

“If it wasn’t for Judy [a clinic nurse at the time] recognizing the signs, I don’t know where I would have been,” Perez admitted. “I think she saved my life”.

Now sixty and accompanied by loyal companion Sissy, her one-and-a-half-year-old pup, Perez voiced how important it is for those experiencing or recovering from issues associated with homelessness to have access to services like those provided by Peninsula Healthcare Connection.

“It’s a godsend to me, and anybody [who] would have a program like this somewhere else would definitely benefit.”

That sentiment was one shared by Navarro, who stressed that on-site resident services, nutritional training, and behavioural healthcare are just some of the vital aspects of providing holistic care for those escaping homelessness.

“Hopefully future buildings will be something like this (the Opportunity Center which houses their clinic),” the clinic and outreach manager said. With the rising demand for services beginning to outgrow the clinic’s limited space, Navarro added that Peninsula Healthcare Connection are themselves looking to expand and would be open to providing supportive medical services to the new HomeKey site should that opportunity arise.

According to Biscocho, “specific health care services are still being developed for HomeKey Palo Alto.” However, LifeMoves did confirm that their “intensive on-site supportive services” will include both physical and behavioral healthcare. Should they look to follow the model of Peninsula Healthcare Connection, partnerships could be struck with bodies such as the Palo Alto Medical Foundation (PAMF) or Stanford Medical to receive the services of further volunteer doctors or nurses on-site.

While their on-site licensed vocational nurse will attend to basic medical needs, Biscocho explained that LifeMoves would facilitate outsourcing to primary care physicians at local clinics as required, for further care or to help establish health insurance plans.

While homelessness and the countless challenges that accompany it will no doubt be difficult to extinguish in their totality, it is the hope that projects like HomeKey – working to fulfill the needs of those in society who continue to experience life without the comforts and security of a home – could provide a lifeline back to stability, and a step in the right direction. 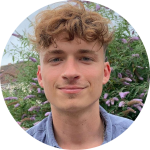 Alex graduated from the University of Bath in 2022 with a BSc in Biomedical Sciences. However, with a lifelong passion for writing and having been a contributor to the university’s student newspaper – including writing their most-read piece – he decided to pursue a graduate journalism degree at Stanford University. Born and raised in the Cayman Islands, Alex has been a keen competitive swimmer from early school days through to the University of Bath’s performance program. With this background in science and love for all things sports, he hopes to expand his journalistic capabilities from writing to multimedia, covering topics of science, sport and anything in between.