Palo Alto, CA – California educators have rallied in support of a statewide proposition that aims to revive K-12 school arts programs, which were devastated by the 2008 recession, and more recently, the pandemic.

Despite robust research proving arts education increases school attendance, improves students’ self-confidence, and boosts primary subject test scores, many educators still think of it as a luxury they can’t afford. Today, only one in five California public schools has a dedicated teacher for traditional arts programs like theater and music or newer creative programs like animation and filmmaking.

If Prop 28 passes, $1 billion in new annual funding — 0.4% of California’s General Fund — would be allocated specifically to arts programming in K-12 schools across the state.

Fennell worked as a music teacher for 32 years. She landed her first gig teaching music to elementary students when she was in eighth grade. Throughout her career, Fennell has been disheartened by schools treating arts programs as supplementary.

“Just because it’s not math, science, reading and writing, or history doesn’t mean that it’s not good. That is what education has deemed to be important, but that’s a narrow definition of what is quality education.”

“Our aperture gets to open to ensure, now, with these funds, that all subject matter are seen as viable and important.”

Because many public schools don’t classify art and music as core subjects, they don’t offer them every day. As a result, teachers specializing in those areas bounce between several schools each week.

“I find it very rewarding, although exhausting,” Sanchez said, adding that he often experiences eczema flare-ups at the start of the school year. “This job is significantly harder than anything else I’ve ever done, but it’s worth it because I feel like I’m doing something that matters.”

With Prop 28 funding, Sanchez said he could replace broken equipment in his classrooms.

René Canto-Adams, another part-time K-12 music instructor who requested his district remain anonymous, teaches over 700 students at three different schools each week; on Wednesdays, he hits two in one day. He hopes Prop 28 allows schools to hire more full-time staff.

“The nice thing is that 80 percent of it is required to be used on hiring personnel… that perfectly addresses the challenge we’re having in terms of being limited in how much music and arts instruction we can offer to students,” Canto-Adams said.

He also commended Prop 28 for its explicit intention to “provide even more funding for schools that serve children in low-income communities who lack access to arts and music education,” as the text of the ballot initiative states.

“Music is not an enrichment activity. It’s not something extra,” Canto-Adams said. “Music is a core subject.”

Prop 28 has no formal opposition. However, some voters oppose locking in more funding for education, which already accounts for the largest portion — 40 percent — of the state budget. The Mercury News, in an editorial, opposed the proposition, arguing it would “leave less for other state programs and to save and pay down debt before the next, inevitable economic downturn.”

“It’s fiscally reckless to keep earmarking unpredictable state general fund money when we don’t know what the future needs of California will be as it confronts, for example, a housing shortage, climate change, inadequate water supplies and wildfires,” the editorial said.

Yet Fennell argued that every dollar spent on arts education is a critical investment in California’s creative economy, which, in 2019, had a total output of $604.9 billion and generated 2.6 million jobs, according to that year’s Otis College Report on the Creative Economy.

“It is an investment towards the creation of culture,” Fennell said. “How we ensure the health of a society is to create intentional and sustained instruction on the arts.

After an untimely nerve injury forced Mausner into early retirement from the symphony in 2010, he turned his attention to inequities in Bay Area public arts education. Growing up in New York during the sixties and seventies, Mausner said, his school music programs were well-funded and comprehensive.

In California, it was different. State property tax rates were much lower, and when Proposition 13 passed in 1978 — locking in those low rates — funding for education dropped significantly. The 2008 financial crisis also led to large-scale budget cuts that slashed in-school arts programs.

“In many places, they have not had to cut arts funding the way they did in California,” Mausner said. “I knew when I left the symphony that this was true and there was a need to do something.”

“Trying to learn an instrument with just 45 minutes, once a week, is very difficult,” Mausner said.

In the more affluent communities of the Lower Peninsula like Palo Alto, where the median household income is twice that in Daly City, parents can often afford to enroll their children in private schools or extracurricular programs for arts enrichment.

Mausner knows most families in the Upper Peninsula can’t shoulder such costs, so he tries to “make it easy for low-income parents who are working, very busy, struggling,” by accommodating varying elementary school schedules and soliciting grant funding to cover operations.

“We want to serve the kids who need it the most.”

Alexandra Kim and Jennifer Hanford, whose daughters are enrolled in Harmony Project Bay Area’s second-grade violin class offered to Susan B. Anthony students, said they have been continually impressed by the quality of instruction. Kim feels that this early creative exploration will lead her daughter to develop a “lifelong appreciation for the arts.”

Pointing to a joint Harmony Project and Northwestern University study proving the long-term cognitive benefits of early music education, Mausner said he hopes Prop 28 will encourage collaboration between public schools and nonprofits to provide those enrichment opportunities, rather than eliminate nonprofits like Harmony Project altogether.

“We could start them in earlier grades and feed into the school music program that begins later,” he said. “I think there will be a lot of flexibility.”

More so than merely restoring the pre-pandemic or even pre-recession state of arts education, Fennell believes Prop 28 will help California schools usher in a new era of institutional support and collective enthusiasm for the arts.

“This is our chance to make sure every child will really find themselves in education.” 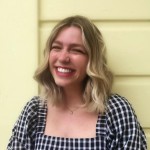 Malia Mendez graduated with her B.A. in English in 2022. During her undergraduate years, she conducted interdisciplinary research in modernist literature, religious studies, and feminist and gender studies. She also wrote and edited for The Stanford Daily’s Arts & Life section, which cultivated her interest in entertainment journalism. Her work can be found in Spellbinder Magazine, Los Angeles Magazine, and the Orange County Register. She is from Irvine, CA. 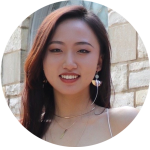 Tracy Zhang graduated from Northwestern University in 2022 with a bachelor's degree in Journalism and Economics with a minor in Film & Media Studies. On campus, she worked on the video desk at The Daily Northwestern, as well as writing and editing for NU Asian Magazine. During the year of remote school, she went back home to Beijing, where she interned on the editorial team of Vogue China while freelancing for Portrait, China's top feature writing magazine. At Stanford, she hopes to hone her skills in investigative journalism and explore her interest in storytelling through innovative digital techniques. After experiencing the snow days in the Midwest, she is ready and excited to be in the sun of California.