Muhammad T. Alameldin's three-month ordeal into homelessness while being a student at UC Berkeley would test his character, sharpen his academic focus and point him toward a career helping other people find homes they can afford.

On a cloudy afternoon in February 2014, Muhammad T. Alameldin ditched his high school class and went on a little adventure with three friends.

About 90 minutes by car from Stockton, their hometown, the teens passed the East Bay’s rolling hills and saw the dramatic skyline of San Francisco spread out before them. After they explored the sights in the city, Alameldin wanted to make one more stop: UC Berkeley. Former U.S. Secretary of State Madeleine Albright was speaking at a foreign policy event. He had never seen a high-ranking government official up close.

Eight years later, while he doesn’t recall much about the diplomat’s talk, Alameldin can recount in detail how the campus, with its blend of classical and modern architecture, felt like a wonderland. He tried to overhear the conversations of passing students; everyone looked smart, aspiring and diverse. Alameldin decided that “this is where I’m supposed to go.”

But because tuition, room and board, food and books were all expensive, even for an in-state student, Alameldin’s path to his dream school wouldn’t be direct. After high school, he enrolled at Sacramento City College, where he studied hard, secured a 3.9 grade-point average, and worked as a waiter and barista to pay for housing.

In April 2017, he gained admission to UC Berkeley as a transfer student, starting in the fall semester. The Egyptian-Palestinian son of immigrants passed up opportunities to transfer to Stanford or UCLA, he said.

“I cannot believe it,” Alameldin remembers thinking. “I [was] so ecstatic because it had been years of hard work.”

There was no way for him to anticipate that, on his first day in Berkeley, he would become homeless – the start of a three-month ordeal that would test his character, sharpen his academic focus and point him toward a career helping other people find homes they can afford.

Alameldin began to prepare for his new life. Online, he found an apartment in Walnut Creek renting for $2,150 a month. It was a half-hour by car from the campus, but he could save money by taking public transportation and then a free university shuttle. He also would need to find roommates to share the rent.

He and a friend signed a one-year lease. They recruited a couple more friends to crowd into the two-bedroom apartment, reducing the monthly rent to just under $540 each. But within weeks, one roommate lost a job and another had to care for a mother who was injured in a car accident. They were unable to make advance payments for the August rent that was coming due.

August 1 came and went without Alameldin and friends paying their landlord. The property management company sent notice that they would be evicted unless the next month was paid upfront.

Alameldin remembers the fear he felt. In California, an eviction stays on a person’s record for at least seven years, impacting credit scores and the ability to find future housing. He was 21 at the time and unaware of tenant protections available to him. So, he complied with the landlord’s demand, which meant paying the rent owed as soon as possible to avoid an eviction record but having to vacate the apartment in the meantime.

He packed all his belongings into his 2011 Toyota Prius: one backpack and a blue plastic container full of clothing, plus a blanket and pillow. Two weeks before starting orientation at UC Berkeley, Alameldin became homeless.

At first, he stayed at an uncle’s home in San Francisco but left after 10 days to avoid confessing the truth to a relative. Next, he moved from one friend’s apartment to another, often sleeping on the floor or in his car.

Since his other roommates could no longer afford the rent, he had to cover the full amount due — about $6,450. He started working 40 hours a week as an Uber driver to earn the money needed to move back into his apartment.

Alameldin went into survival mode. Each day his mind was occupied with figuring out how he could manage to make money as an Uber driver and be a full-time student, and where he could sleep at night.

He’d awake at 5 a.m. because there was high demand for rides in the morning. One thing he could not do was drive people to the airport, even though those trips were more lucrative. The trunk of his Prius was packed with his belongings, leaving no room for a passenger’s luggage.

Then, starting at 10 a.m., he would attend classes and study until evening, when he’d resume the Uber driving until late at night. Eventually, he would park on a street and try to sleep in his car until dawn. He still remembers the frustration of waking up one day to find a parking ticket on the windshield.

He also remembers how his work schedule caused him to miss most of UC Berkeley’s student orientation. “I have never been so mad in my life,” he said.

While Alameldin was homeless, he kept it a secret from his family. His mother was raising his younger brother by herself in Stockton, and he didn’t want to burden her.

Alameldin grew up in a first-generation immigrant family. His mother was a refugee from Palestine, and his late father was from Egypt. When he was in high school, the Great Recession greatly impacted Stockton, which became the largest U.S. city ever to file for bankruptcy. Banks filed repossession papers on 9,066 homes, or one of every 25 residences.

Alameldin saw many of his neighbors become unemployed and lose their homes, impacting their physical and mental health.

During the months he was homeless, he became more aware of insufficient tenant protections and systems to implement them. “It is all vulnerable people,” he said, who are at risk of homelessness due to their lack of a social safety net. “Indigenous people, Black people, refugees, immigrants, even low-income white people, they all go through the same thing, and no one wants to help them.”

Alameldin is a large man with a full beard who prefers to keep his black hair buzz-cut short. Black round-framed glasses reflect his scholarly nature.

His own intense experiences — and those he witnessed in Stockton — led him to study inequality with the goal of becoming a professional advocate for vulnerable people.

After earning his undergraduate degree and working for several nonprofit organizations, Alameldin, at age 25, joined the Terner Center for Housing Innovation at UC Berkeley.

He has been with the think tank since November 2021, helping local, state and federal lawmakers find solutions to California’s affordable housing crisis. Much of his workdays are spent in meetings with lawmakers, government staff, nonprofit workers and journalists. He also attends public panel discussions and gives presentations to explain complicated housing policies, and to help local governments and communities implement them.

In March of this year, Alameldin spoke to more than 500 attendees of an online event, joined by the city of Berkeley’s planning director and two representatives of a law firm. He shared his analysis of a new state housing law. In a calm tone, he explained how the California Housing Opportunity and More Efficiency Act, also known as Senate Bill 9, was being implemented — describing the best and worst practices occurring at the local level.

He sometimes encounters experts who think they know housing policy better than he does because they have worked in the field for many more years. He said he often thinks, “You worked on it for 30 years and we have an affordable housing crisis, [so] you did your job terribly.”

He also devotes time to helping minority groups. One weekend in May, Alameldin spoke of how the housing crisis impacts the Afghan refugee resettlement in the Bay Area, appearing at an online event organized by an organization helping Afghan communities. “I am very happy with my current role,” he said.” I advocate for the communities that have been left behind.”

Five years after living out of his car, Alameldin now resides with his fiancée, Monique Sanchez, and two roommates in a two-story house on a quiet street. It’s about 10 minutes by bicycle from UC Berkeley’s iconic Sather Gate.

He met Sanchez in a political science class during his first semester at Berkeley. At 6 foot 6, he stood out from the crowd and usually was surrounded by many friends. He also spoke up a lot in class, Sanchez remembers, and made insightful observations about the American legal system. “He just seemed really intelligent and kind,” she said.

When they went on a date, Sanchez was surprised that he barely knew about campus life, things like how to connect to student Wi-Fi and how late the libraries stayed open.

Later, she learned about his experience of being homeless. “I was just in shock and angry that it happened to him, especially because landlords in the Bay Area get away with it so much and a lot of people don’t know their rights,” she said.

Born in San Luis Obispo, Sanchez is also the child of immigrant parents; hers are from Mexico and Chile. Having watched it take many years for a grandmother to become a U.S. citizen, she is interested in immigration law and works as a legal assistant at UC Berkeley. She is studying to take the LSATS to attend law school.

Alameldin credits Sanchez for helping him not be too impulsive. When they face any issue, she urges him to think more carefully and discuss how they can deal with it before acting too fast.

When they lived in their old apartment, the landlord advertised that the building had four washers and four dryers. In fact, only one of each worked. Sanchez suggested that they could do something together. She did the research, and he wrote a document for other residents to read: “By law, we are entitled to a rent reduction.” He posted it near the mailboxes.

Other residents raised their voices, and in two weeks the landlord provided a new set of washers and dryers. “She knows the law, and I do the activism. So it works hand in hand,” Alameldin said with a smile.

His next dream is to learn to build homes for people. A more immediate goal is to sell his car. “We don’t need that in Berkeley,” he said.

Editor’s Note: The story has been changed to clarify the number of years that have passed since Alameldin lived in his car. The story was also changed to correct Alameldin’s age during his experience with homelessness. 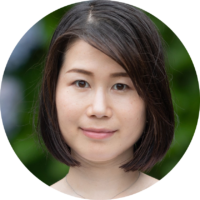 Misato Nakayama, a Fulbright grantee, is from Yokohama, Japan. Misato graduated from Washington College with B.A in economics and international studies. During her school years, she worked as an editorial assistant at The Washington Diplomat, an independent monthly newspaper in Washington D.C. Misato started her career as a reporter at The Nikkei, Japan’s top business/economic newspaper, which also owns the Financial Times, and covered a variety of stories from start-up companies to the Japanese government. As a beat reporter, Misato reported on Prime Minister Shinzo Abe’s statements and activities, and interviewed Japanese and foreign politicians. Afterwards, Misato worked at a risk management consulting firm, where she helped clients conduct due diligence investigations and fraud investigations. Her working experience made her aware of the threat of “fake news,” as well as the potential of using publicly available data for reporting. At Stanford, she hopes to learn the utilization of technology for uncovering in-depth news stories in public policy and political fields.