In San Francisco’s Chinatown, rising prices are just the latest in a series of hurdles small business owners have had to face.

In the United States, consumer inflation has hit its highest level in four decades. In San Francisco’s Chinatown, rising prices are just the latest in a series of hurdles small business owners have had to face. But Kevin Chan, owner of the city’s iconic Golden Gate Fortune Cookie Factory, is pushing to keep his family’s business alive. 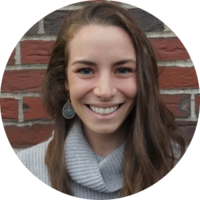 Elissa Miolene has written for newspapers, magazines, online audiences and aid agencies in the United States, East Africa and South Asia. As a communications specialist, she has used storytelling to boost the visibility of large international organizations, small grassroots groups and large United Nations agencies, working at Save the Children, CARE International, Alive Medical Services and UNICEF, among others. As a journalist, she has investigated topics like marine life recovery in New England, family reunification systems for South Sudanese refugees, and child acrobats in Uganda’s largest slum. Prior to beginning her graduate degree at Stanford, Elissa was leading digital content and storytelling for the Global Partnership to End Violence Against Children, a UNICEF-hosted fund that works with over 600 partners to combat child abuse across the world. Elissa holds a master’s degree in Politics and Policy and a bachelor’s degree in both Journalism and Global Studies, both of which were obtained at Lehigh University in Bethlehem, Pennsylvania.