The following immersive piece is a fact-based depiction of a fictional dog named Gus, who is separated from its family by a natural disaster and depicts the process of reuniting them.

As natural disasters become more frequent and severe, it has becoming increasingly important to plan for the needs of pets and pet owners during disasters.

The following immersive piece is a fact-based depiction of a fictional dog named Gus. It follows the journey of a dog separated from its family by a natural disaster and depicts the process of reuniting them. It is shown from the point of view of the dog, and highlights the hard work of the men and women who keep us and our loved ones safe.

According to an article published in 2015 by Sebastian Heath, a Director at the Federal Emergency Management Agency (FEMA) and Robert Linnabary, a former professor at the University of Tennessee, entitled Challenges of Managing Animals in Disasters in the US, many communities are not prepared to handle the large number of pets that are abandoned by or separated from their owners during a disaster.

Just last year Brian Mann, reporting for NPR, documented the effect that Hurricane Florence had on pets and pet owners.  Shelters were overwhelmed by the number of pets dropped off by owners running from the storm and by those who found the pets astray, separated or abandoned by their owners. In the case of Fayetteville, North Carolina, which was hit hard by the hurricane, a local shelter was forced to evacuate all 225 animals from its shelter and move into a nearby sports coliseum in order to escape the rising flood waters.

This issue does not only affect the health and well being of pets, but also their owners.  Many owners feel as though their pet is a member of their family and are often willing to risk their lives in order to save their pets.  As a result pets are among the leading causes of death related to natural disasters. Some people delay or refuse to evacuate because of their pet, while some enter an active disaster area attempting to save them. Often times people are also unwilling to seek the safety of a shelter that is unable to accept them along with their pets, which is often the case.

Communities across the country are making progress toward implementing the necessary infrastructure and planning to address the needs of pets and their owners, however there still more work to be done. In the meantime, we can meet our local rescue workers and make a plan for what to do in case of a disaster to make sure that everyone is prepared.

Special Thanks to all the firefighters at the Palo Alto Fire Department for reenacting the rescue scene, the Peninsula Humane Society and SPCA Adoption Center for allowing us to film the checkup scene, and Sharon for helping us film the closing scenes. 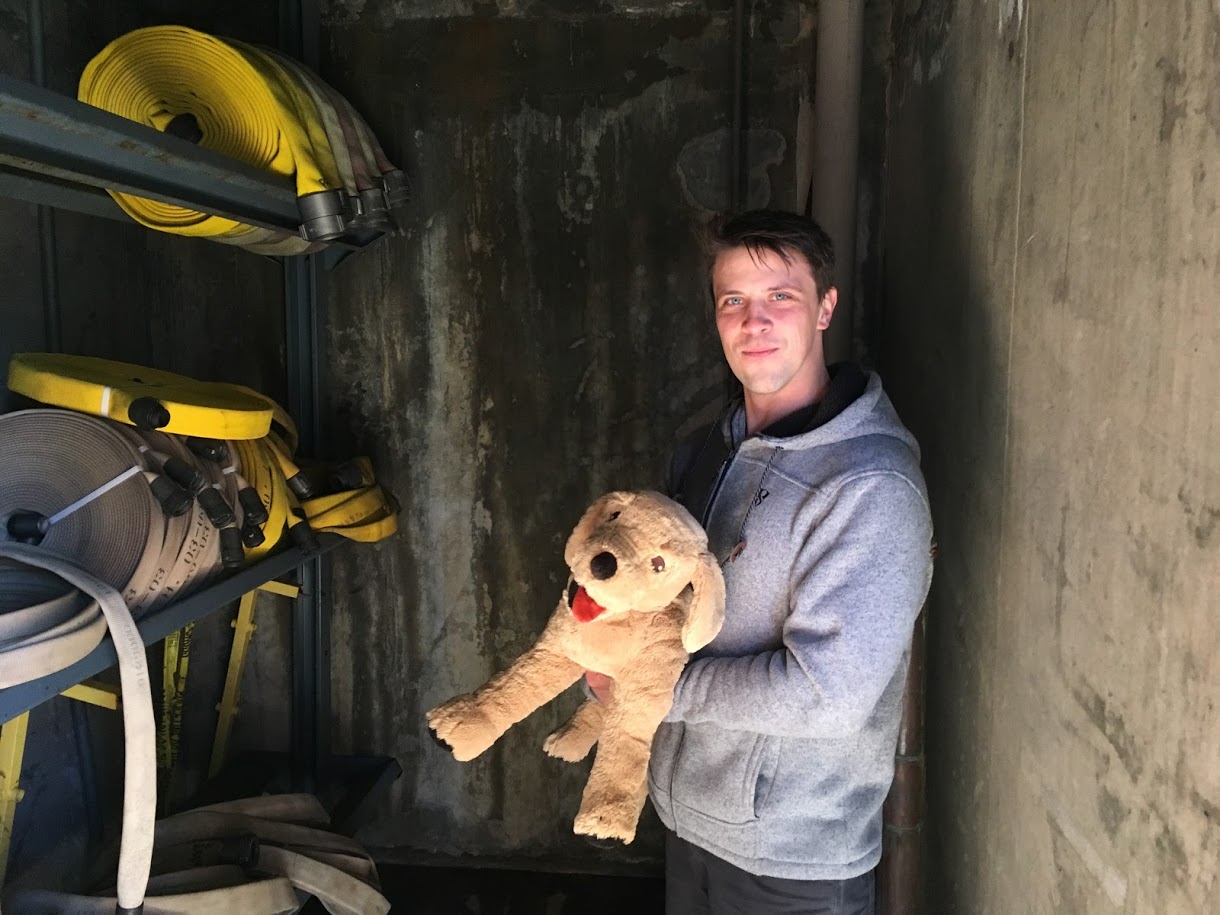