Proposed cuts to federal environmental funding will place a higher burden on the state and local government to finance restoration of the Bay Area’s wetlands.

Proposed cuts to federal environmental funding will place a higher burden on the state and local government to finance restoration of the San Francisco Bay Area’s wetlands, before sea level rise rates begin to accelerate around 2030.

On June 7 last year, the nine counties of the Bay Area passed a ballot measure called Measure AA. The measure placed a $12 per year parcel tax on local landowners to be directed towards wetlands restoration.

Environmental advocacy nonprofit Save the Bay “realized in 2003 that the main limiting factor in getting these already acquired areas restored to tidal marsh was money,” said David Lewis, the organization’s executive director. Save the Bay came up with the idea of Measure AA and the regional authority that regulates it, the San Francisco Bay Restoration Authority.

The Bay originally had around 200,000 acres of marsh. Salt harvesting and urban development decimated the wetlands throughout the 19th and 20th centuries, until restoration efforts began in the 1990s. A 1999 study called for the region to rebuild 100,000 acres of healthy wetlands — and this is an attainable goal, since much of the former marshland is actually already in public ownership.

Measure AA will raise $500 million over 20 years, providing a third of the total $1.5 billion needed to reach the restoration goal. Even with the help of an assortment of other grants, they’re currently less than 30 percent funded.

The Measure AA money hasn’t been used yet — the first year of tax collection ends this month. The regional San Francisco Bay Restoration Authority will review project proposals from various environmental organizations this fall, and the initial round of funds will be distributed to the chosen projects in early 2018.

The slow influx of funds from Measure AA is better than nothing, but additional funding is needed if adequate restoration is to occur before the 2030 deadline.

“The longer you wait, the more expensive this is going to get,” said John Bourgeois, executive director of the South Bay Salt Pond Restoration Project — one of the biggest players in bringing back local marshlands. The project was established in 2003 by the California Department of Fish and Game, the U.S. Fish and Wildlife Service and the California Coastal Conservancy.

If natural wetlands are not rebuilt, the Bay Area may need to construct much more expensive seawalls or flood control levees to protect millions of residents from sea level rise. A recent state-commissioned report found that the San Francisco Bay could rise between 2.4 and 3.4 feet by the year 2100. 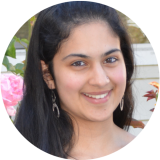 Isha is an M.A. journalism student who completed her Stanford undergraduate degree in Communication and English in 2017. A Bay Area native and aspiring tech journalist, she spent last summer as a business reporting intern at the San Francisco Chronicle. During the academic year, Isha works at Worldview Stanford as a production intern on the Raw Data and Generation Anthropocene podcasts. She has also interned at NVIDIA Corp. and Stanford Law School. In her spare time, Isha learns, teaches, and performs the North Indian classical dance form kathak.