After two Palo Alto teens committed suicide this fall, concerned parents are discussing a topic that has resurfaced periodically in a high-achieving school district: are Palo Alto’s kids too stressed?

After two Palo Alto teens — one a junior at Gunn High School, another a recent graduate — committed suicide this fall, concerned parents took to the Internet to debate a topic that has resurfaced periodically in a high-achieving school district: are Palo Alto’s kids too stressed?

“Our children hardly have any free time — even weekends are booked with schoolwork and this is in regular lanes (not AP or honors, accelerated),” a Paly parent wrote on Palo Alto Online’s comment forum. “Students have too much homework and sleep deprivation.”

Another parent, identified as “Truth Is,” wrote that assignments were too difficult and students didn’t have enough time to complete their work. “Teacher grades too hard,” the commenter added.

The Nov. 4 suicide of Gunn High School Junior Cameron Lee, coming less than three weeks after recent Gunn graduate Quinn Gens killed himself — both by jumping in front of a train — shook the Palo Alto community and left people divided over whether the teens’ deaths may have been caused by the stress of high-performing high schools or were related to mental health problems. Four Palo Alto teens from Gunn and Palo Alto High Schools killed themselves in 2009.

One parent whose son was friends with Lee (she declined to be identified by name) described how her son once received an e-mail from a teacher as late as 6:00 p.m. notifying students about a new homework assignment that was due the next day. Her daughter, after being ill for a few days, struggled to complete her homework assignments that had piled up.

Ken Dauber, newly elected to the Palo Alto School Board and a father to two who attended Gunn for a while, saw first-hand the overload in homework his daughter had when she got home from school.

“My daughter in particular, I thought, had a lot of homework and she was often up late — sometimes later — than I was,” said Dauber. “I mean, her experience wasn’t atypical. She and many of her friends were doing a lot of homework.”

Dauber doesn’t believe the homework overload caused the tragic deaths. Still, he believes the school needs to do a better job at monitoring the homework-limit policy.

“What we haven’t done is to do any measurement or investigation to find out if this policy is really being implemented in the district, how much homework kids are actually doing,” Dauber said.

Beyond homework, Dauber wants teachers to space out the due dates for homework, projects and tests so students aren’t crammed with too much work on any given day.

To that end, the district has hired Hanover Research to analyze the current homework policy and to ensure consistency in curricula and grading methods across classes.

Both Dauber and McGee say they are more prepared to deal with teen suicides. Unlike 2009, the school now has a suicide prevention tool kit that trains teachers and staff to recognize kids who may be depressed and have suicidal thoughts.

Following this fall’s suicides, the district is expediting construction of a student wellness center at Gunn High School that will be a “full service” center for physical, emotional, social, psychological and even spiritual health.

Students will be able to talk to counselors, mental health professionals and nutritionists to decompress. They will also be able to take part in yoga and meditation exercises. The district eventually hopes to have a center at Palo Alto High School and the middle schools as well.

Jean-Paul Blanchard was outgoing and had many friends from different social circles. He was compassionate and kind. In 2009, he was the first Gunn High School student that year to take his own life. Four more followed in the months after.

“It’s a health issue. And if we externalize the matter to something as simplistic as homework, too much homework somehow caused somebody to be in such degree of distress, that that alone results in a suicide, is really quite a disservice,” Blanchard said.

As a mother to three children with her youngest child still in high school, Blanchard described a highly competitive environment today that puts pressure on kids to always do well and get into a good college.

She continues to be vocal about the need to make sure that kids are physically, mentally and emotionally healthy.

“What we have learned over the years is that there were opportunities where he could’ve been saved. But we just didn’t know better,” she said. 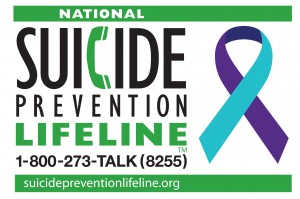